thebeautifulgame Durgapur,India27963 Points
December 2020 edited December 2020 in I league
The 14th season of the I-League is all set to commence on January 9, 2020.  Eleven teams will be participating in this edition of the I-League-- Real Kashmir FC, RoundGlass Punjab FC, Gokulam Kerala FC, Churchill Brothers, Chennai City FC, Aizawl FC, Neroca FC, TRAU FC, Indian Arrows and the two new entrants--Mohammedan Sporting, who were promoted to the I-League after they won the qualifiers and Sudeva FC, who were granted a direct entry by the AIFF. This year the matches would be broadcast live on 1Sports. While the I-league is not the "premier league" of the country any more, having ceded that title to its more glamorous counterpart--the ISL, in the previous season, its unpredictability, competitiveness and presence of exciting young Indian talent has led to football lovers hailing it as the "real" Indian football league of the country. It is here, more than anywhere else, that footballing dreams are made and broken, raw talent and youthful exuberance rub shoulders with true grit and hard-nosed professionalism with the men being ultimately separated from the boys.

In some senses, this I-League promises to mark a new beginning in Indian football. For the first time in the history of the I-league, the two Kolkata giants, East Bengal and Mohun Bagan, will not be a part of this tournament, as they have already joined the ongoing ISL. The absence of these legacy clubs will definitely be felt, and it will devolve on the other teams to ensure that this does not affect the edge and competitiveness of the league. However, in recent teams, other teams have beaten the Big Two quite a few times and the success stories of the so-called 'underdogs'--Aizawl FC, Minerva Punjab FC and Chennai City FC--have proved that the league is well and truly on the road to maturation.

A major change that would take place because of the ongoing COVID-19 pandemic would be the matches taking place in a bio-secure bubble without the presence of any spectator inside the stadium. All the matches would be held in West Bengal at only three venues--Salt Lake Stadium (Kolkata), Kishore Bharati Krirangan (Jadavpur) and the Kalyani Municipality Stadium (Kalyani).

This season would witness a change in format as well with the eleven teams facing each other only once in the first phase before being divided into two different groups. The top six teams would face each other once gain to decide the winner, while the bottom five teams would square off against each other in a one-leg format for the relegation battle.The team with the maximum points would be declared the winner of the League.

The Battle Royale kicks off on 9 January, 2021 with new entrants Sudeva FC taking on the newly promoted Mohammedan Sporting at 2:00 p.m at the Vivekananda Yuba Bharati Krirangan followed by two matches on the same day--RoundGlass Punjab FC vs Aizawl FC at 4:00 p.m (KMS) and Gokulam Kerala FC vs Chennai City FC at 7:00 p.m (KMS). Brace yourselves for another roller-coaster ride, guys, because IT'S I-LEAGUE TIME!

This thread is to discuss all activities--pre-season matches, team news, I-League matches , post-match analysis--except those related to transfer. 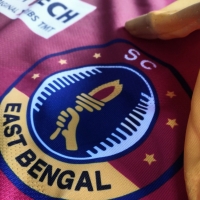