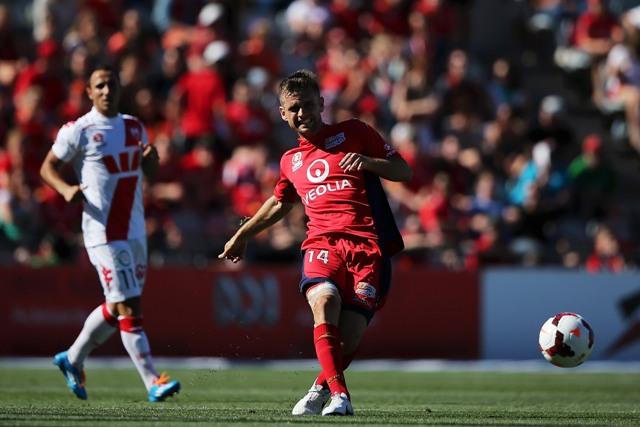 Bengaluru: I-League champions Bengaluru FC have signed Australian midfielder Cameron Watson, the club announced on Friday. The twenty-nine-year-old who spent five seasons with Australian A-League side Adelaide United before turning out for Newcastle Jets last season, joins the Blues on a deal that keeps him at Bengaluru till the end of the 2016-17 season.

Watson, who fulfils the Asian player criteria, becomes the second foreigner to sign for Bengaluru after defender Johnson penned a two-year extension at the end of last season.

The Australian, whose stints include a season with the youth and reserve teams of Portuguese giants FC Porto, said he was delighted with his move to Bengaluru. “I’ve spoken to a few people and heard good things about the League. I’ve even had a word with former Bengaluru player Sean Rooney who had a lot of nice things to say about the club and I’m really looking forward to joining the team as soon as possible. I’ve been training with a local club here and keeping as fit as possible. There’s a big AFC Cup game coming up and the sooner I get there, the better,” said Watson.

Cameron hails from Melbourne and has also had appearances for the U-17 and U-20 sides of the Australian national team. Watson comes with oodles of experience having made more than 200 appearances in the A-League and has also played in the AFC Champions League with Adelaide in 2012.

A midfielder with an impressive work-rate and one who seamlessly switches between helping out in defence and attack, coach Albert Roca felt that Watson’s addition would be vital to the Blues’ plans for the season. “Cameron is a good player in a position that’s very important to the team. He has a good background playing in Australia which I think is an impressive League in terms of standard and his presence would help us grow,” said the Spaniard.