Rivaldo, the Brazilian footballer to join the finals on 22nd October on his maiden visit to the capital city.…

the foreign teams taking part in the tournament there will be three each from Afghanistan and Bangladesh, two from Sri Lanka and one each from Malaysia and Indonesia. The two new entrants are the Central Coast Mariners from Australia and the winners of the 2016 Gothia Cup, Las Vegas Football Academy from the US.

These teams will rub shoulders with sides from some of India’s most established clubs like Mohun Bagan, DSK Shivajians, Pune FC, Tata Football Academy and Shillong Lajong amongst others. There is a healthy mix of club and state teams that adds to the diverse playing field.

There will be particular focus on the Under-17 category that features 46 teams including those from overseas. This will also be the last chance for the Junior Colts to impress before selectors pick the team for next year’s World Cup. 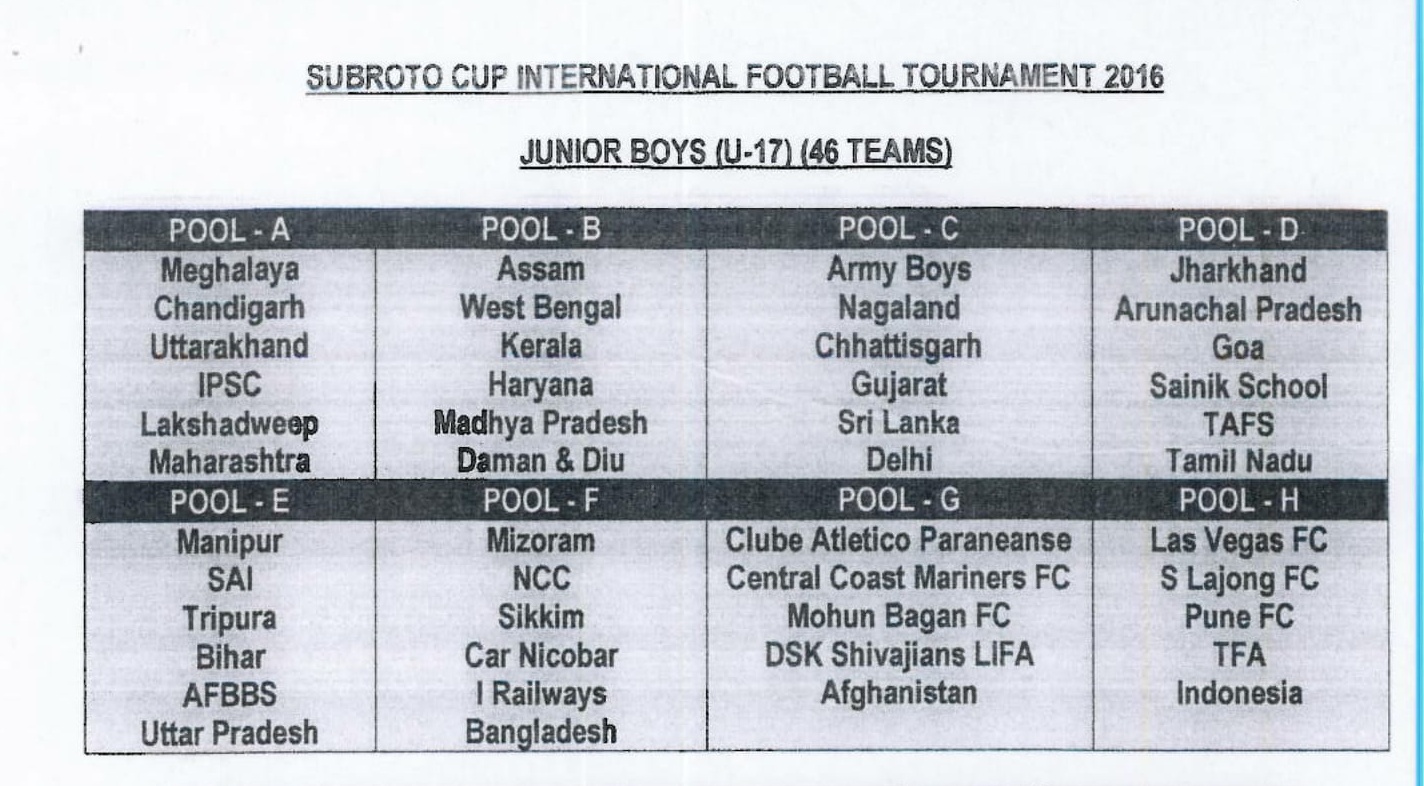