ArsenalFan700 Reddit13655 Points
September 2015 in English Premier League
Ya, fine, the season has already began... or did it? People will say the season began last month when Arsenal defeated Chelsea for the FA Community Shield, others will say it began the week after when Arsenal were beaten 2-0 by West Ham United. People would probably have told you it started two days ago when Arsenal defeated Stoke City 2-0 but no, it actually begins on Wednesday, at least for IFN.
The 2015-16 season thread has started late but who knows, maybe this thread could be the beginning of something great for Arsenal. We started okay with the Community Shield but then it all came crashing down when we were defeated by West Ham. Barely defeating Crystal Palace does not make up for that game and then barely defeating Newcastle in a game of "pass to death" football also does not recover the team. This was followed by a iffy transfer window where Arsenal got a world-class goalkeeper but that was it. People wanted to see a defensive midfielder or a striker come in but in the end, all we got was a goalkeeper.
Yesterdays game I consider our final pre-season game. We played with Gabriel, a defender who is on cloud 9 recently and with Theo Walcott upfront, and scoring, with a team as great as Arsenal at passing the ball and passing the opposition to death, who knows, maybe this Wednesday against Dinamo Zagreb could be the start of something for Arsenal, where the fans come in optimistic knowing that this team, when on sync, can probably beat any team in the world! Bring us your Bayern Munich, your Barcelona, your Chelsea, your Manchester City! We can take them on!
I expect a top 2 finish from Arsenal and at least a Quarter-finals appearance in the Champions League.
COME ON YOU GUNNERS!!!! 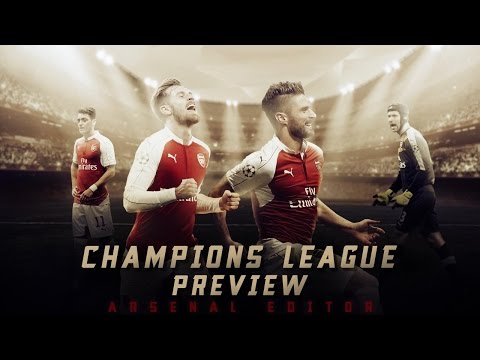